Our second studio album "Nothing's Like Before" is out! It took a fair bit of time, but now you can order it here. You also can get it on the common streaming platforms like iTunes or Spotify. And of course at all of our gigs.

This way to the shop

This is the core

In this video series you can find background information abour our new album! We present our songs and tell you about the stories they're based on.
And there is even more information on Facebook.

Have a look at our home studio!

We recorded all of our albums at home in our studio, so we know what we're talking about. We want to help you obtaining great quality studio recordings  for your band. Our lead guitarist Tim is also our sound engineer and he'll show you how to record your songs properly.

Here are the newest vids: "Black Kajal" and "Mississippi Delta Queen"! Have a look!

By the way  "Growin' Up" has already made its way halfway across the planet -  Found in Mexico!

Let's see where our second album will end up...

Further gigs are lined up! WBP will keep pounding your ears and hearts, we promise! In the coming months, we'll be back on stage. Keep lookin' at our gigs in Dates.

WBP can't wait to rock with you at the next

Wanna book WBP for a private party? Just let us know per "Contact".

... this is it! Home-made rock music at its best! We love good old handmade music, not programmed with computers and digital new-age stuff, just played honestly with e-guitars, bass guitar, drums and smokey-rock vocals sung on top. That's just the way it has to be. So it shouldn’t be much of a surprise that we developed our own specific sound but a bit influenced by the styles of Led Zeppelin, AC/DC and the Doors and also heavier bands like Wolfmother and Black Sabbath.
Elmo Lewis provides the characteristic voice to WBP and plays the tight riffs of the band’s rhythm guitar while Tim Heisel, on lead guitar, sets both his guitar and the gazing audience on fire with solos normally only seen on the bigger stages of the world. Responsible for the banging foundations of the songs are Bernd Heisel on bass and Michael Sorel on the drums. But none of us are nailed down to any certain instrument or position in the band. We flip the script and rotate on stage as well as in the studio. Because we're able to switch up and play all of the band’s instruments and because we all write our own songs, things stay fresh and interesting. That simply adds a bit of spice to our overall sound. Everyone brings in their own style, ideas and musical fantasies. Although almost 30 years of age differ between the oldest and the youngest member of the band, there are no draw backs what so ever. Actually we’ve learned to profit from the generation gap. It works out great on stage … the young audience and the classic rockers love us just the same! So come on and convince yourselves – either at our next concert or here on the home page under "Music".

White Blossom Project wishes you all lots of rocky fun while listening and watching! 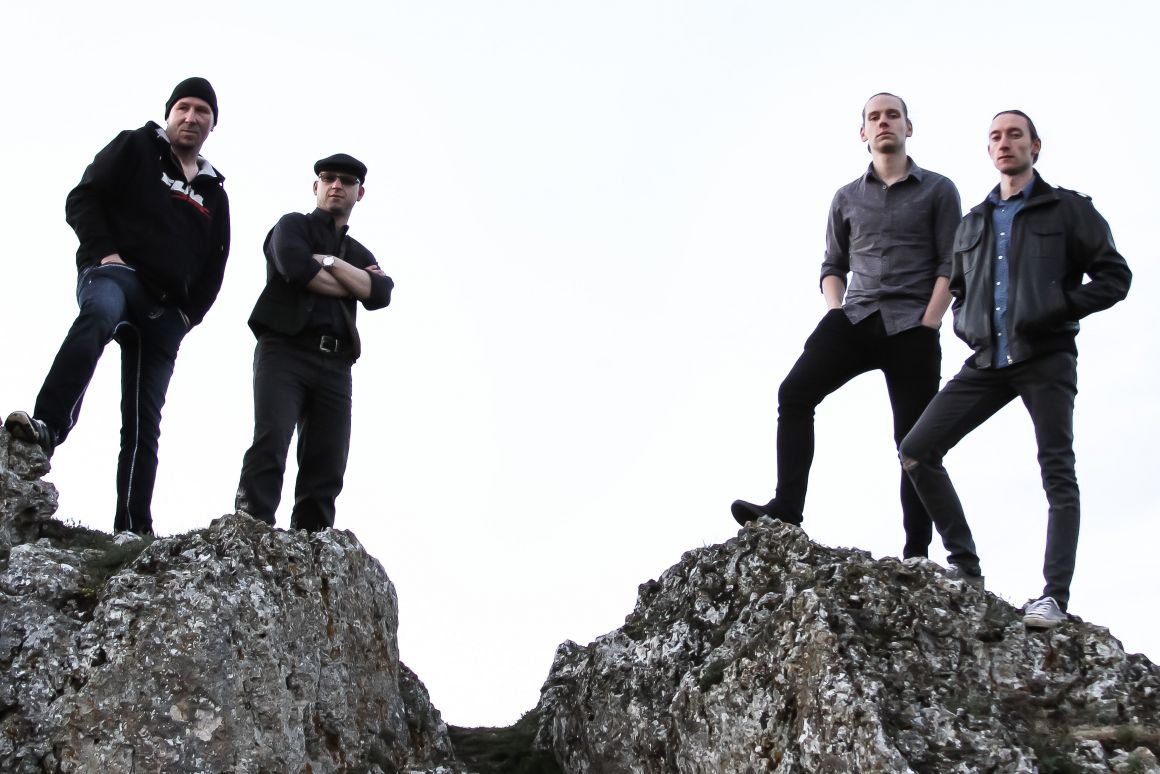